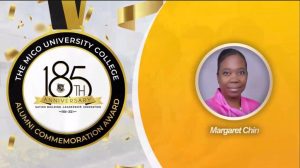 The Mico University College launched its 185-year anniversary celebrations along with its Mico Week activities under the theme Nation Building, Leadership, Innovation.

Mico University College, founded in 1836, is the oldest teacher-training institution in the Western Hemisphere rivalling the famed Battersea College in England. At the time of it founding it was among the four teacher training institutions and hundreds of elementary schools that were established in British Colonies by the Lady Mico Charity.